Christmas is my absolute favourite time of year and where better to enjoy the festive season than in the home of the Christkindlmarkt? Here’s what we got up to when we visited Munich at the most wonderful time of the year.

The Bavarian city of Munich has over 20 different Christkindlmarkts to explore, but our favourite was the original Christkindlmarkt in the main town square, Marienplatz – which dates back to the 14th century. The market stalls fill the entirety of the main square and the adjoining streets, selling decorations, chocolates, candles, toys and other treasures.

A short stroll from Marienplatz, we found the Christmas Village at the Munich Residenz – a smaller, quaint market held in the courtyard of the Royal Residence. At night, we visited the Tollwood Winter Festival which was a unique cross between a carnival, a Christmas market and a modern art exhibition.

I’m not typically a big beer drinker, but when in Germany… 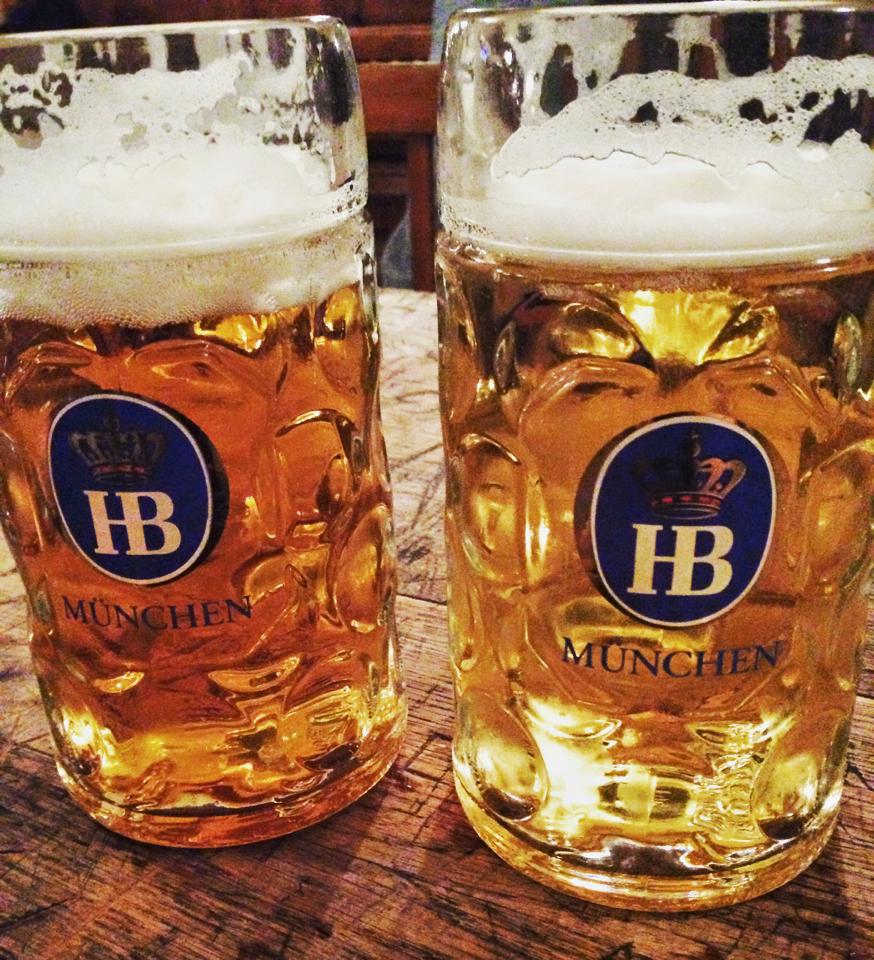 The Bavarian capital is renowned for its beer halls and steins, so I was happy to hang up my cocktail glass for a few days to enjoy the local specialities.

On our first night we headed to Hofbräuhaus, one of the oldest beer halls in the city, having been founded in 1589. Long tables, a brass band dressed in Lederhosen; barmaids dressed in Dirndls, and beer steins bigger than my head – it was exactly what we’d imagined from a Munich beer hall.

We ventured around a few other beer halls within the city centre during our stay, but on our last night we couldn’t resist heading back to Hofbräuhaus for another two pint beer stein to round off our trip in traditional Munich fashion (minus the Lederhosen).

Beer isn’t the only traditional drink of choice for winter in Munich, when wandering the Christmas markets we kept ourselves toasty with some hot Glühwein. And it’s not only Glühwein on offer, you can find a hot version of almost any alcoholic tipple being served around the city’s market stalls and pubs – we were particularly excited to find hot caipirinhas to be a popular option. 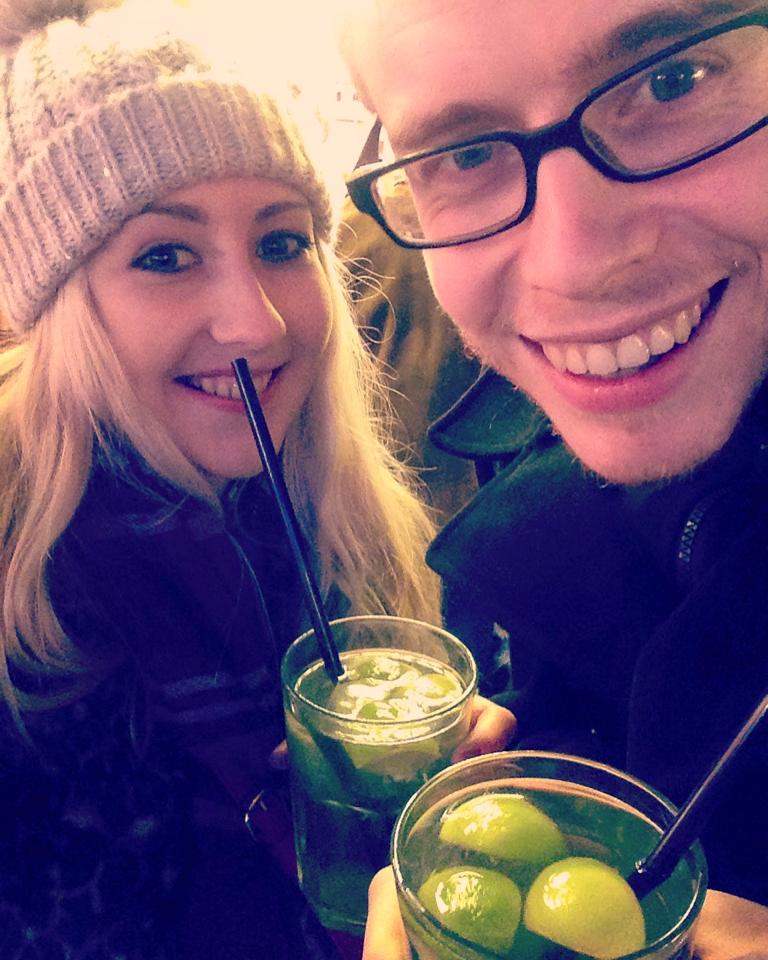 Bratwursts alone would have made for the perfect foodie break in Munich, but we also enjoyed some fabulous hearty meals in the evening. 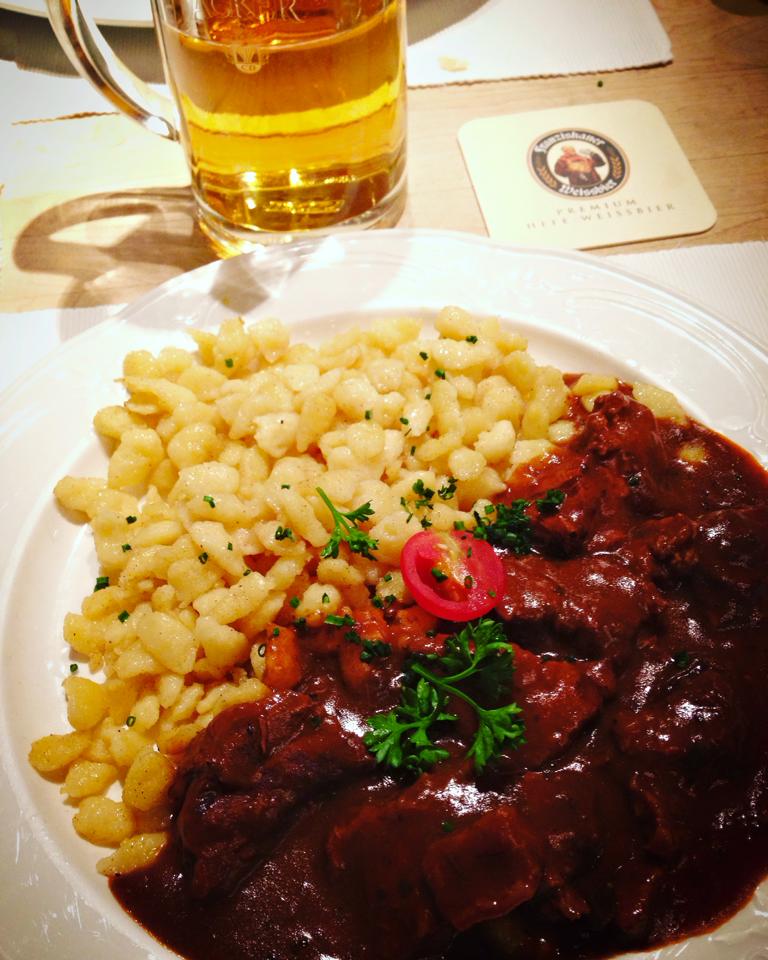 We shared a platter of meats, cheeses and pretzels, which alone could have quite easily filled us up for the night, but when we saw our main meals arrive we suddenly found our appetites again. I chose goulash with traditional German Spätzle, while my boyfriend had veal. Both were delicious but it was fair to say I won in the food-off that night.

Trying to emulate my success the next evening – at the equally excellent restaurant choice of Zum Spöckmeier – my boyfriend ordered the goulash. It was good, but I once again trumped him with my choice – pork fillets in a creamy mushroom sauce with cheese Spätzle.

We were stuffed, but we did find room again the next day for two bratwursts (each) for lunch – one with sauerkraut, one without. 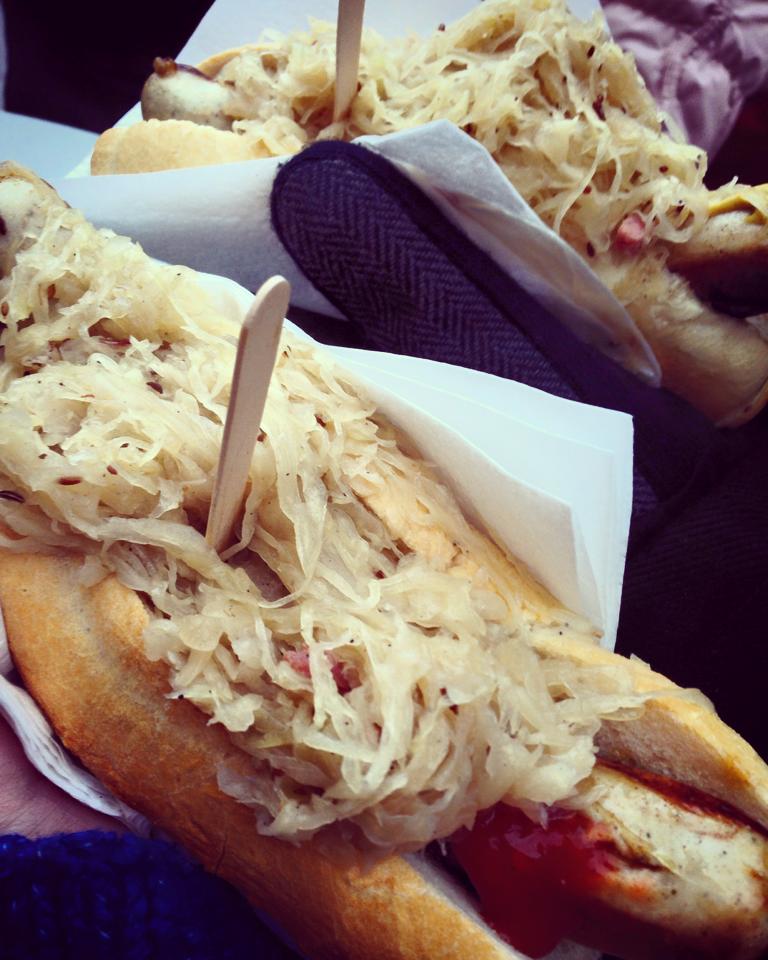 We didn’t love the sauerkraut personally, but if like us you like to try all of the local delicacies, it’s worth giving it a go.

I’d also recommend a side of Kartoffelsalat (potato salad), and if you’ve still got room after that, the bruschetta on offer at many of the market stalls is also a must-try.

After three days of eating, drinking, shopping and forcing the Yorkshireman to take selfies, we headed back to the UK feeling festive, and a few pounds heavier.

Animal Flower Cave, Barbados feat. my husband ♥️
On our honeymoon we had the most wonderful meal at @champersbarbados
Miss you already 🏝️