Just after I graduated uni (many moons ago now) I was so lucky to win an incredible experience road-tripping across America with Topdeck Travel.

The epic trip I was able to join departed from New York and travelled all the way to LA passing through Washington DC, Nashville, New Orleans, Austin, Gran Can, Vegas and many more amazing places along the way. I also booked some extra time by myself in Boston and New York before the trip and in San Francisco afterwards.

Every single stop along the way was fantastic and gave me an incredible insight to the varying cities and states across the US. It’s incredibly difficult to pick out just a few of the best places to visit in the USA, but I thought I’d give it a go. 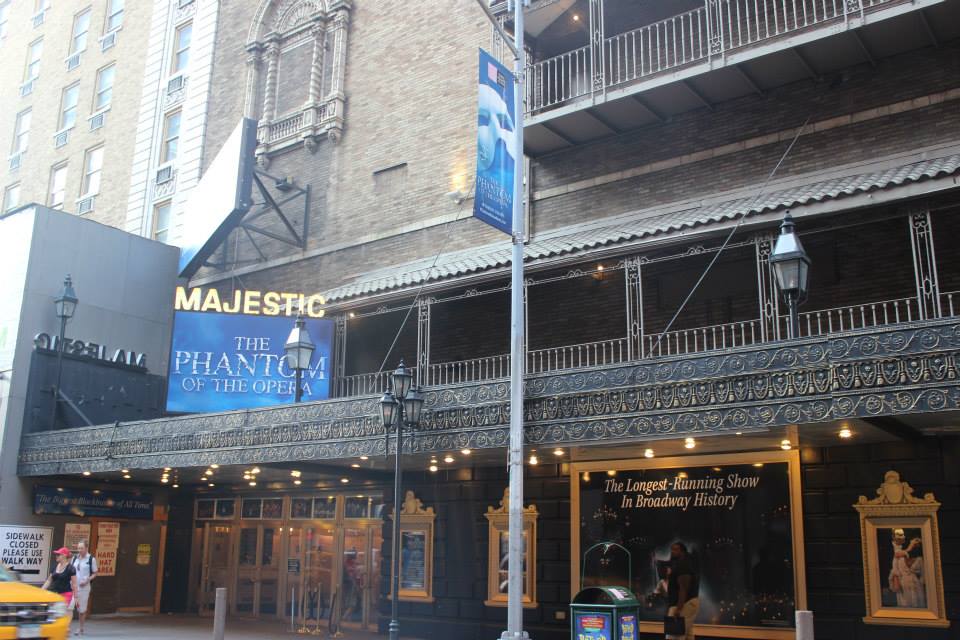 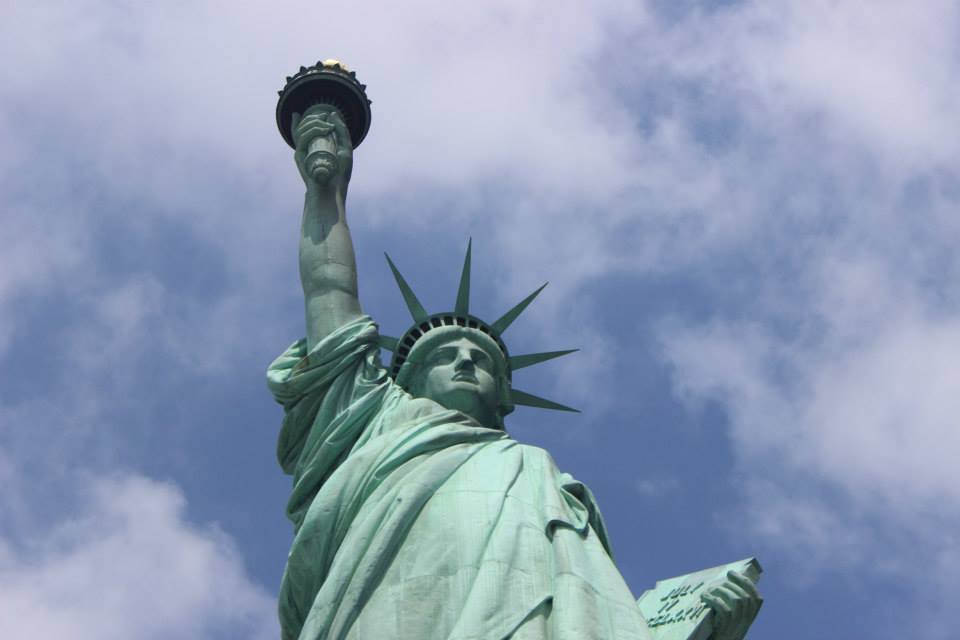 New York, New York – if you’re a big city kind of person, New York has to be at the top of your bucket list.

Quite rightfully known as ‘the city that never sleeps’ there’s always something going on in New York, and with its eclectic mix of neighbourhoods you can go from a Broadway show and cocktails one night to a Yankees game and hot dogs the next.

With so much going on in New York it can be difficult to know where to start, but some must-dos include a picnic in Central Park, taking in the iconic city skyline from both the Top of the Rock and the Empire State Building, and of course hopping the ferry over to the famous Statue of Liberty.

Theatre fans can’t visit New York without taking in a Broadway show – go for a classic like Wicked or Phantom of the Opera- and for something a little bit different check out what’s on offer off-Broadway. When I visited I got the cheapest ticket available to see Phantom of the Opera on Broadway one night and followed it up with Avenue Q off-Broadway the next night.

New York is also a shopping haven – make sure to enjoy a luxury stroll down the designer stores of 5th Avenue, and for quirky independent boutiques head to the vibrant Soho area. If you’ve fallen in love with New York through your favourite TV shows check out the city’s Gossip Girl and Sex and the City Tours, or go in search of the famous Friends apartment.

I did the SATC tour while I was there and it really was great fun for fans of the show. 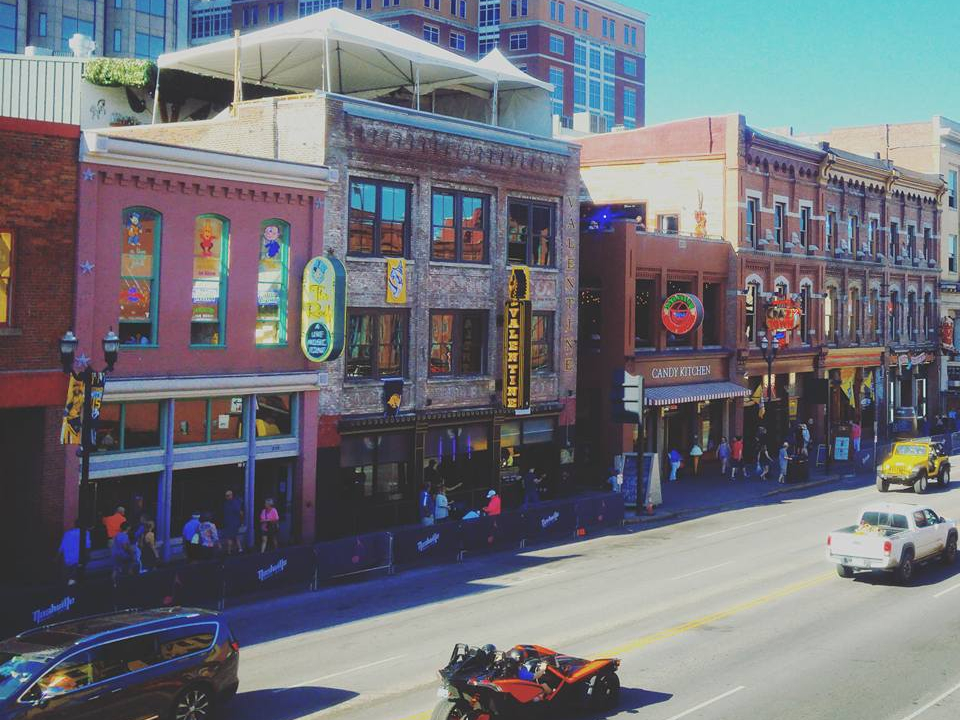 If you’re a fan of country music, Nashville is your home from home. The Tennessee city is the Country Music Capital of the World – even if you’re not usually a lover of country music you can’t help but get caught up in the rhythm in Nashville.

Your first stop in the home of country music has to be the Country Music Hall of Fame and Museum. Inductees to the Hall of Fame include country icons Taylor Swift, Johnny Cash and Elvis Presley – to name just a few. The museum hosts a variety of ever-changing exhibits, and also include songwriter sessions, instrumental demonstrations and film screenings.

The streets of Nashville are lined with traditional honky tonk bars where you can enjoy live music from up-and-coming country stars – if you’re lucky you might even find a famous country musician on the bar stool next to you. And make sure to bring your comfortable shoes as many bars offer line dancing sessions, which is a great way to work off the hearty food on offer in Nashville.

When I visited (I’ve been twice) enjoying a drink and some music in a honky tonk was definitely one of the highlights. The popular TV show Nashville has shone a light on the Tennessee capital lately, and if you’re a fan of the show you’re sure to love walking in the footsteps of your favourite characters. You can even do the Nashville TV show filming spots tour, which I have tried and recommend.

For some unforgettable live music experiences in Nashville check out the Bluebird Cafe (made famous by the Nashville TV show) for an intimate atmosphere and the chance to see some up and coming artists, and of course the iconic Grand Ole Opry for bigger performances from some of country music’s greatest stars. 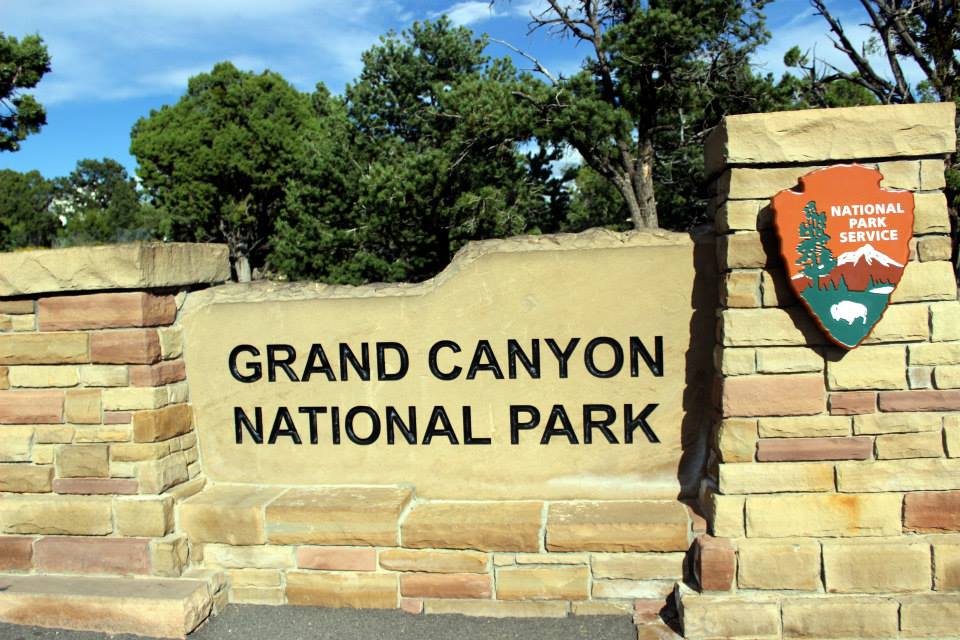 Taking in the stunning landscape of the Grand Canyon for the first time is a moment you’ll never forget. Located in Arizona, the Grand Canyon is one of the greatest natural wonders of the world – stretching up to 227 miles long, up to 18 miles wide and over a mile deep.

You can hike or cycle around the canyon, but if you’re not an experienced hiker (I’m not) you can also explore on a leisurely walk taking in the outstanding views.

For a truly magical way to take in the wonder of the Canyon, I recommend taking a helicopter tour – it may be a little pricey but it is definitely a once-in-a-lifetime experience which you’ll never forget. I’m so glad I did this while I was there.

I also recommend heading to Point Imperial, the highest point on the North Rim, for a spectacular view of the sunset over the Grand Canyon.

There’s nowhere else quite like Las Vegas. The buzzing city is supersized and superfun, from the elaborate casino hotels, to the buffet dinners, to the big names performing Vegas shows and concerts.

While Las Vegas is known for its casinos – which are great fun, there is so much more to Vegas, meaning you don’t need to be a gambling connoisseur to enjoy a Las Vegas break. When I was there I didn’t spend too much money gambling and ended my stay having made a small profit.

One of the most amazing things about Vegas is that the grand hotels are open to non-guests to come in and enjoy the casino, pool, restaurant, shows, shops (yes they have all of this in the hotel) – which means you are not just limited to your own hotel facilities.

The luxurious Bellagio, inspired by the Lake Como town, is another must-visit hotel in Vegas. Make sure to head along for the famous Bellagio Fountain show, which takes place every half an hour in the afternoon and every 15 minutes after 8pm.

Vegas is also known for its massive all-you-can-eat buffet spreads which you can enjoy for breakfast, lunch and dinner – and as with everything else in Vegas you don’t have to stick to your own hotel’s spread.

San Francisco is one of the most chilled places in the world. The Californian city was the starting point of the hippie movement in the 1960s and has remained a home of peace and love ever since – a feeling which is ever present when walking the streets of San Francisco.

The city is also known as a forward thinker in LGBT rights, and the city boasts a lively LGBT scene in its two main LGBT districts – Castro District and SoMa. San Francisco is of course famed for its beautiful Golden Gate Bridge – which you must see on a San Francisco break. I recommend taking a night-time open bus tour to see the bridge and the rest of the city lit up.

The coloured houses and cable car transport are also iconic traits, which add to the relaxed atmosphere which is prevalent among the city. The feeling of love in San Francisco is spread further by the annual ‘Hearts in San Francisco’ public art exhibition – the choice of hearts for this exhibition was inspired by the famous Tony Bennet song I Left My Heart in San Francisco.

San Francisco is also home to a beautiful harbour – the bustling Pier 39 is filled with entertainment, shops and restaurants. The food around the pier is also delicious – make sure to try some fresh chowder in a bread bowl.
Where have you been before in the US and where do you want to visit? Let me know in the comments below.

4 thoughts on “The Best of The US: Where to Visit in America”